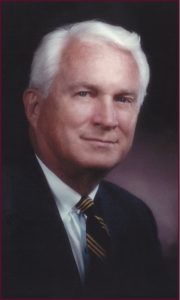 Dr. Bailey was a leader in our community in many areas, including medicine, business, and philanthropy.

Dr. Bailey was a pioneer in the development of techniques and instruments used in ear surgery.  As such, he was elected President of the national ear surgeons’ association, The American Otologic Society.

Including serving as President

On the national level: